ß No business or organization welcomes a crisis. But all should expect them | MHD Group

No business or organization welcomes a crisis. But all should expect them

No business or organization welcomes a crisis. But all should expect them. A crisis can take many forms. It could be a fire or natural disaster that dramatically affects operations. It could be a legal dispute involving a lawsuit or charges against an employee. It could be a recall of a product or an accident, regardless of whoâ€™s at fault, or confidential data being hacked or compromised. It could be public perception that a company or its leaders have not responded appropriately to any of the above scenarios. 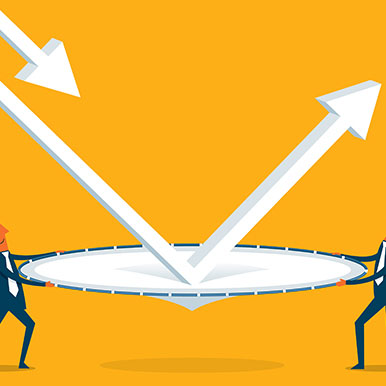 Whatever the circumstances, the threat to the firmâ€™s integrity, reputation and even future will be immediate. Almost invariably, there will be media attention â€“ in the traditional sense from newspapers and TV, and more and more from social media and individuals who share and attack in that form. In a perfect world, the company will have thought about what to do in a crisis situation before it actually happens. Itâ€™s much easier to plan and prepare when emotions are normal and anxiety is low.

One of the first decisions to make is to identify a company spokesman. Ideally, this will be the CEO or, in the case of a family business, the owner. It must be someone with authority and credibility. Being smooth and articulate in media interactions certainly are important, but honesty and contrition (if appropriate) are even more critical.

Letâ€™s take a look at couple of the examples

Say a company has a product â€“ food or otherwise â€“ thatâ€™s been recalled because of potential harm to customers. Or maybe it got hacked and personal information is suddenly available to ID thieves.

The public will not want to hear about excuses or rationalizations. A real leader in a crisis situation will acknowledge what has happened, will offer genuine empathy to those affected and will talk about what is being done to ensure it doesnâ€™t happen again. There will be no dodging of tough questions or outward displays of defensiveness. Projecting a calm, serious demeanor in the midst of the storm can go a long way to effectively navigating a crisis. Thatâ€™s a difficult challenge, I realize â€“ especially for business leaders unaccustomed to the glare of media scrutiny or public criticism. It also might run counter to well-intentioned advice given by a companyâ€™s legal team, whose important goals donâ€™t always include reputation management in a crisis. Believe me: A tone-deaf response will do far more long-term harm to a company than the opposite. A leader demonstrating true concern and compassion will generate far more goodwill than one coming off as cold and calculating.

A crisis plan is like insurance â€“ businesses need it, even if they hope they never have to use it. Companies should devote quality time to planning ahead to identify the crisis team and the roles each of those people will play. Think of it like a playbook in football, where each teammate must understand and execute a specific assignment for the group to succeed.

A statement should be drafted as soon as possible when a crisis hits and circulated not just to traditional and social media, but also to employees, vendors, customers and others who likely are affected. The release should briefly summarize the facts as known at the time and describe the companyâ€™s response. As more facts emerge, updated statements should be released.

If there is a press conference or media interview and a question is asked that the spokesman doesnâ€™t know the answer to, admit it and promise to get back to the reporter in a timely manner. Donâ€™t guess or speculate. Responses should be based on verifiable data, not gut feelings. Again â€“ telling the truth and telling it fast is by far the most effective way of managing public opinion during a crisis. Itâ€™s better for the audience to hear what happened from the company than learn it from a blogger or reporter. How long will a crisis last?

The duration of a crisis depends on the unique circumstances in each case. Every situation is different. Some will generate more public attention than others. It may take months for internal and external impacts to completely play out. But a company judged as honestly and skillfully responding to a crisis almost always will emerge on the other side in better shape than one that becomes defensive or withholds important facts. One last suggestion: Once a crisis has passed, convene the crisis team and evaluate what went right and what went wrong. Learn from what happened and apply those lessons next time.

Have questions? MHD Group can help answer them.